Treviso tardivo is considered the king of radicchio in Italy.

Tardivo is a late harvest variety of Treviso known for its bright white stalks and garnet-tipped, ribbed leaves that curl inward at their tops.

They have have a strong, bitter flavour, which makes them ideal for being simply grilled or roasted with olive oil and garlic. They can also be eaten or raw or used in cooking dishes such as risotto

Tardivo is considered a Fiori d'lnverno or “winter flower” because it is only available from November through March. 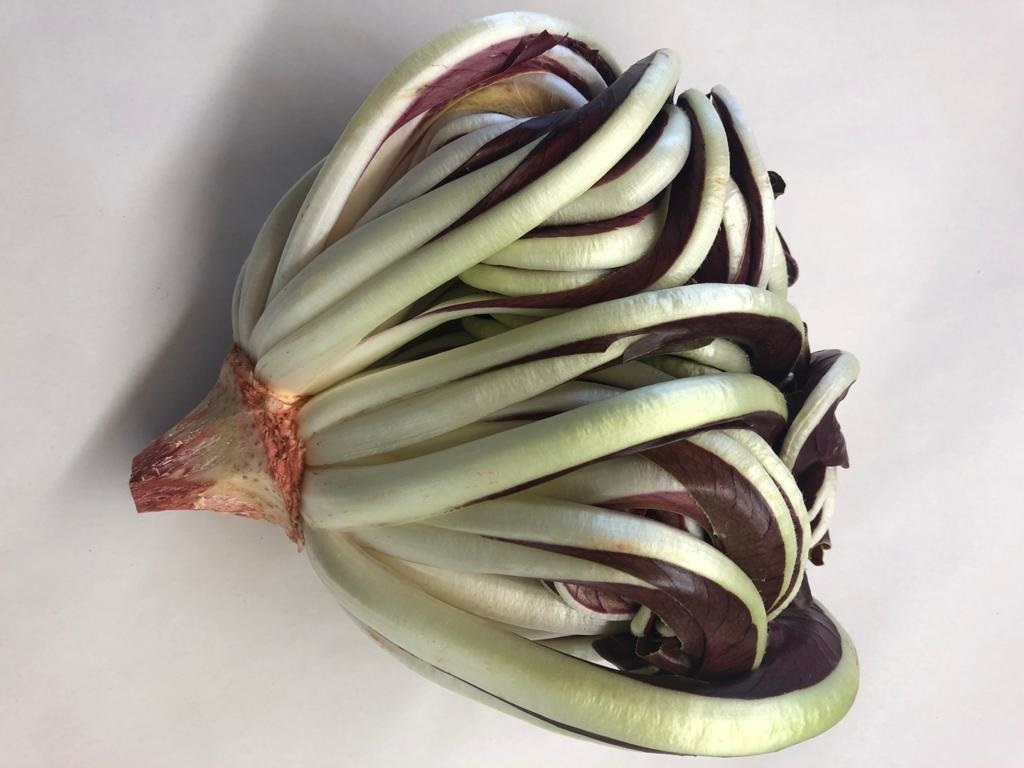